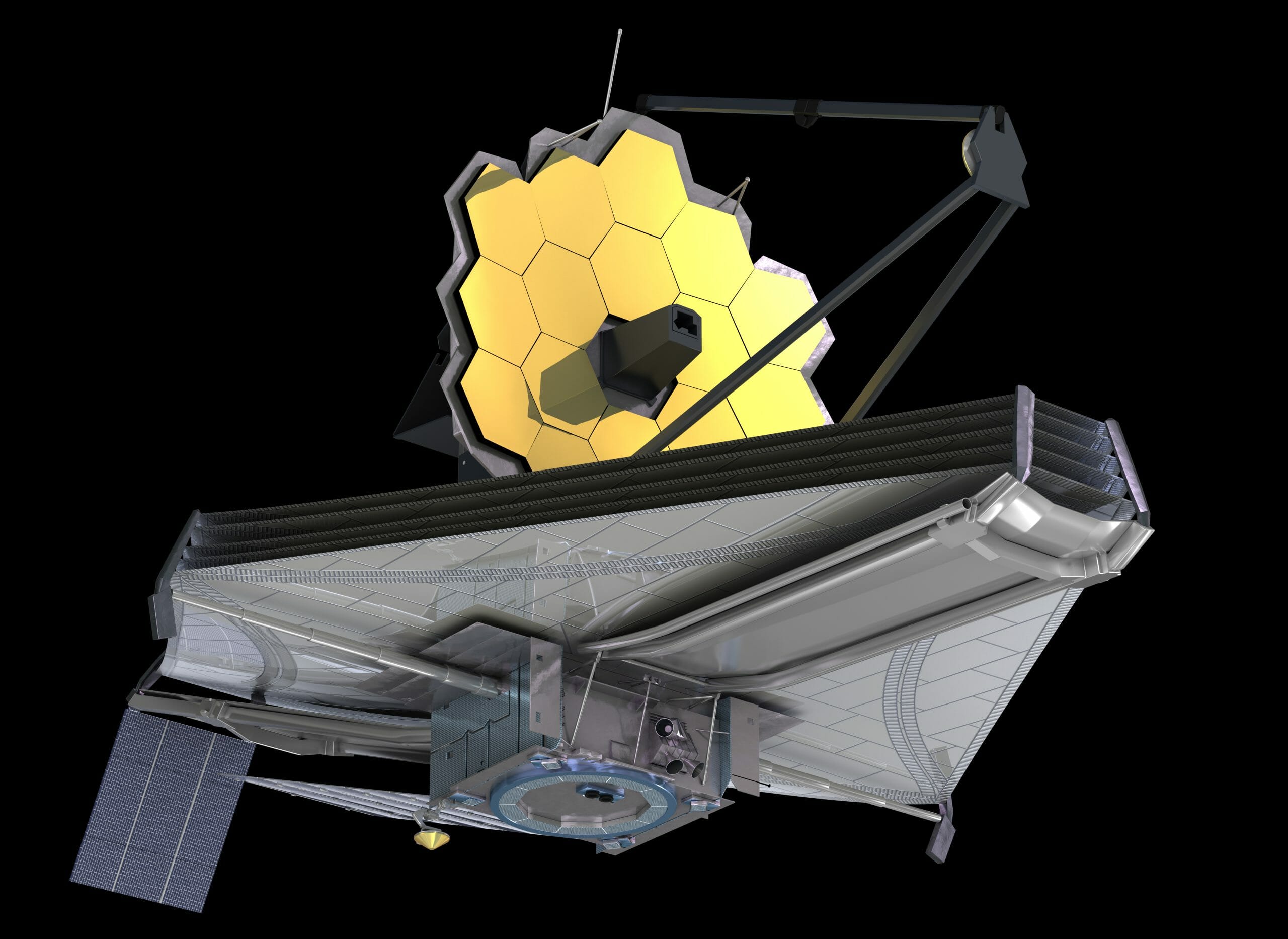 Imagine a telescope that can look far back in time, all the way back to the beginnings of the universe. What would it reveal? The birth of galaxies and stars? The dust of creation?

The James Webb Space Telescope (JWST) could help us see the origins of the universe.

Exceeding the capabilities of the Hubble Space Telescope, Webb’s longer wavelengths and heightened sensitivity are expected to open a window into the beginning of time. The telescope’s images will allow us to peek back at the first galaxies being formed and to peer inside dust clouds where future stars and planetary systems are being created.

The orbiting infrared observatory’s much-anticipated launch is mere weeks away. It is scheduled to launch on December 18, 2021.

What top technologies were used to develop the Webb telescope?

A constellation of technologies was used to design and build the James Webb telescope. Among them, the advanced software and platforms developed by Siemens Digital Industries Software.

Join us in exploring the technology behind the JWST as we count down to the launch date.

The project is an international collaboration involving partnership with 14 countries and thousands of scientists from government, academia, and the private sector.

The sunshield plays a few roles related to temperature regulation. It provides a stable thermal environment that protects the telescope from the heat and light of the Sun, Earth and Moon, as well as from the spacecraft bus’s heat emissions. The temperature difference between the cold side of the observatory and the hot side is roughly 600°F.

The key to the telescope’s functioning is its high sensitivity to infrared light. The background temperature “noise” from any other detectable heat source would interfere with operations. The spacecraft’s design will ensure the components and instruments remain at the necessary incredibly cold temperatures. A passive cooling system will keep the near infrared instruments at about 39 Kelvin (-234°C or 389°F) and a cryocooler system will keep the mid infrared instrument (MIRI) at 7 Kelvin (-266°C or -447°F).

The materials used in the sunshield must be able to withstand extreme temperatures without becoming damaged, either due to temperature-caused rigidity or softening.

NX and Teamcenter were used to design, simulate, and manufacture the MIRI module.

Incremental and early approach to testing

Lessons learned from the Hubble telescope contributed to the decision to take an incremental approach to testing. The addition of independent checks at each stage of assembly will reduce the chances of discovering problems at the final system test.

Testing as early as possible is cost-effective and time-efficient, ensuring ample time to fix any problems that might arise. Simulation plays an important role, making it possible to test and verify designs in “impossible” environments without the cost of physical prototypes.

The span of Webb’s primary mirror is an incredible 6.5 meters (21 feet 4 inches) – more than twice the diameter of Hubble’s mirror. The mirror needs to be this large to measure the light from distant galaxies. All told, the Webb is about the size of a three-storey building.

The design team couldn’t simply build a larger Hubble mirror – it would be far too heavy and large to launch into space. The choice of beryllium reduced the weight of each mirror segment to 20 kilograms (46 pounds) – one-tenth of the unit-area weight of Hubble’s mirror – while preserving the needed strength.

Read about how Maya HTT is advancing space technology

Simulating to the Moon and Mars – Maya HTT