Cooling of an electric race car 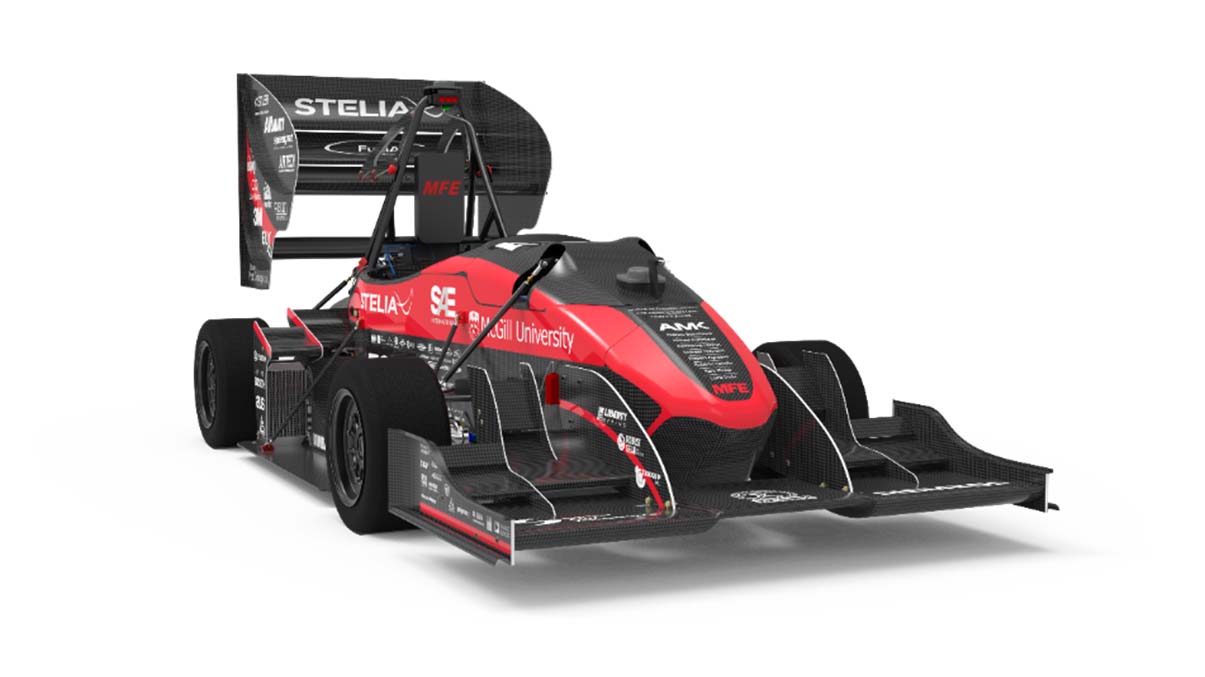 Every year, the entirely student-run McGill Formula Electric (MFE) team designs, manufactures, and races a formula-style electric vehicle. Inter-university competitions take place at more than 12 venues around the world. Each of these competitions holds static and dynamic events where both the design and performance of the vehicles are translated into points. Static events are judged by a mix of motorsport and industry engineers, and dynamic events are all about how good the cars really are.

The endurance race is key to winning the overall competition. It offers 275 points of the 1,000 total possible points for the whole competition. The vehicles must complete a set number of laps of a pre-determined circuit in the least amount of time. The endurance race is the true test of the car’s reliability — an effective cooling system is key to that reliability. To achieve optimal performance, the electric and electronic components must be maintained within the specified range of operating temperatures. This year’s design uses liquid cooling for the in-hub electric motors, their respective inverters, along with air cooling for the battery pack. 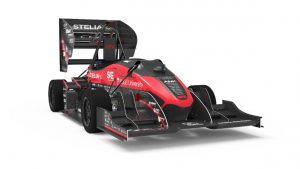 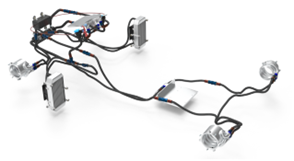 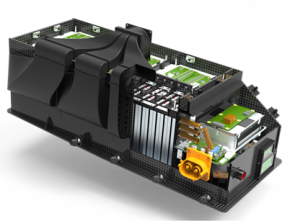 Figure 1: CAD renders of the MFE car, its cooling loop, and its battery pack

The world is moving quickly towards electric transportation. The MFE team faces the same problems companies across the entire transportation industry will have to solve if they are to rise to the electric challenge.

In this blog series, we demonstrate how to use advanced simulation software (Simcenter Amesim and Star CCM+) to validate and iterate upon an EV cooling system design.

This first post explores how Simcenter Amesim can be used to quickly evaluate the cooling system of the car and obtain insight into battery pack sizing.

This Simcenter Amesim simulation was created to:

The cooling requirements set by the manufacturers for motors, inverters and battery cells are listed in the table below.

The simulation was developed with simplicity in mind, with the goal of building on it down the line.

This first model relies entirely on converting geometrical parameters into macro data. It was built through a collaboration of the vehicle dynamics team, the accumulator team and a member of the cooling and aerodynamics team (who is also a Maya HTT intern).

The model can be split into three parts:

As the car has two nearly identical independent cooling loops, only one of them is modelled here.

The topmost block sets the operating conditions of the system. It processes lap simulation data obtained for a typical endurance racing circuit, and processes it using the efficiency maps to output the heat losses for the inverters and motors. It also outputs the power draw from the battery pack required to achieve the desired power at the motors. It is built in such a way that the lap simulation data can be swapped within seconds to run a different test case quickly.

The bottom left component models the discharging of the battery over the duration of the race. It uses a power source to convert the power draw into current and voltage along with a thermal mass with an imposed convective heat exchange coefficient to obtain the average temperature of the pack. 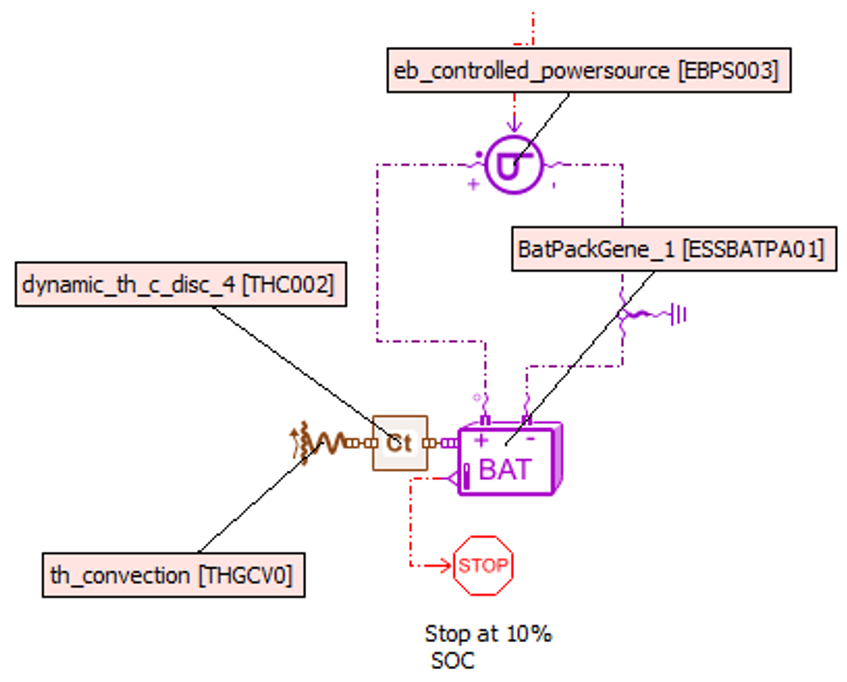 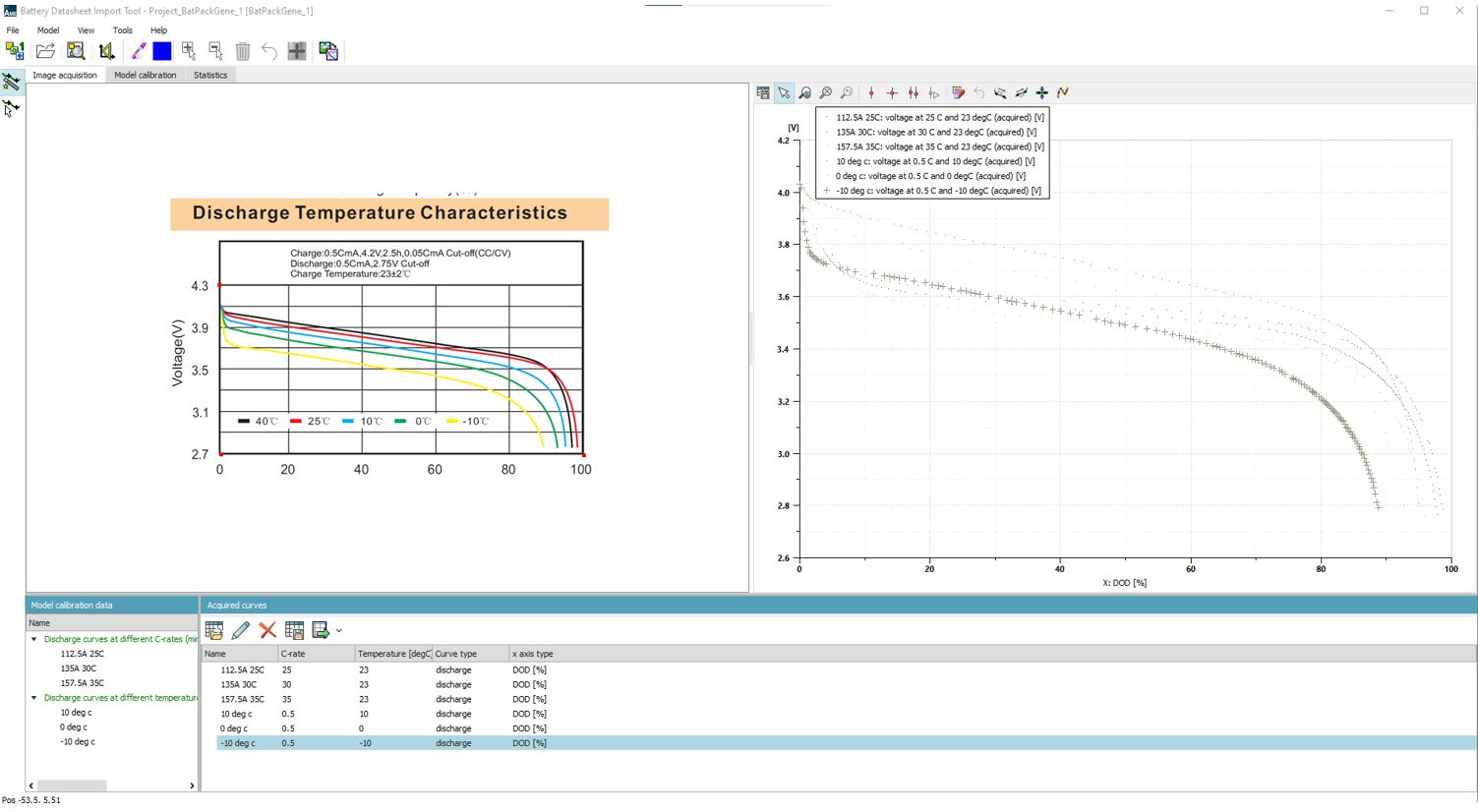 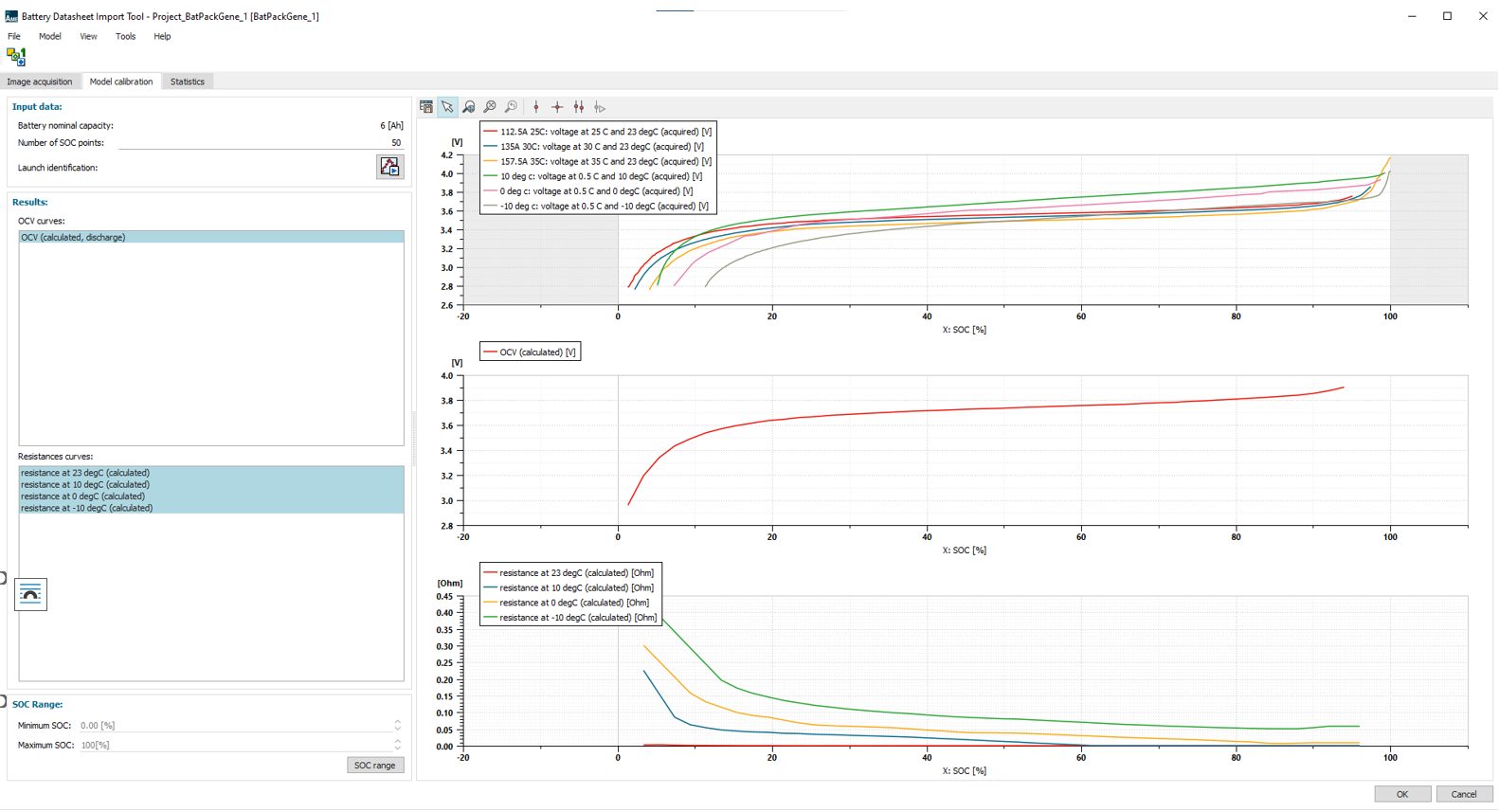 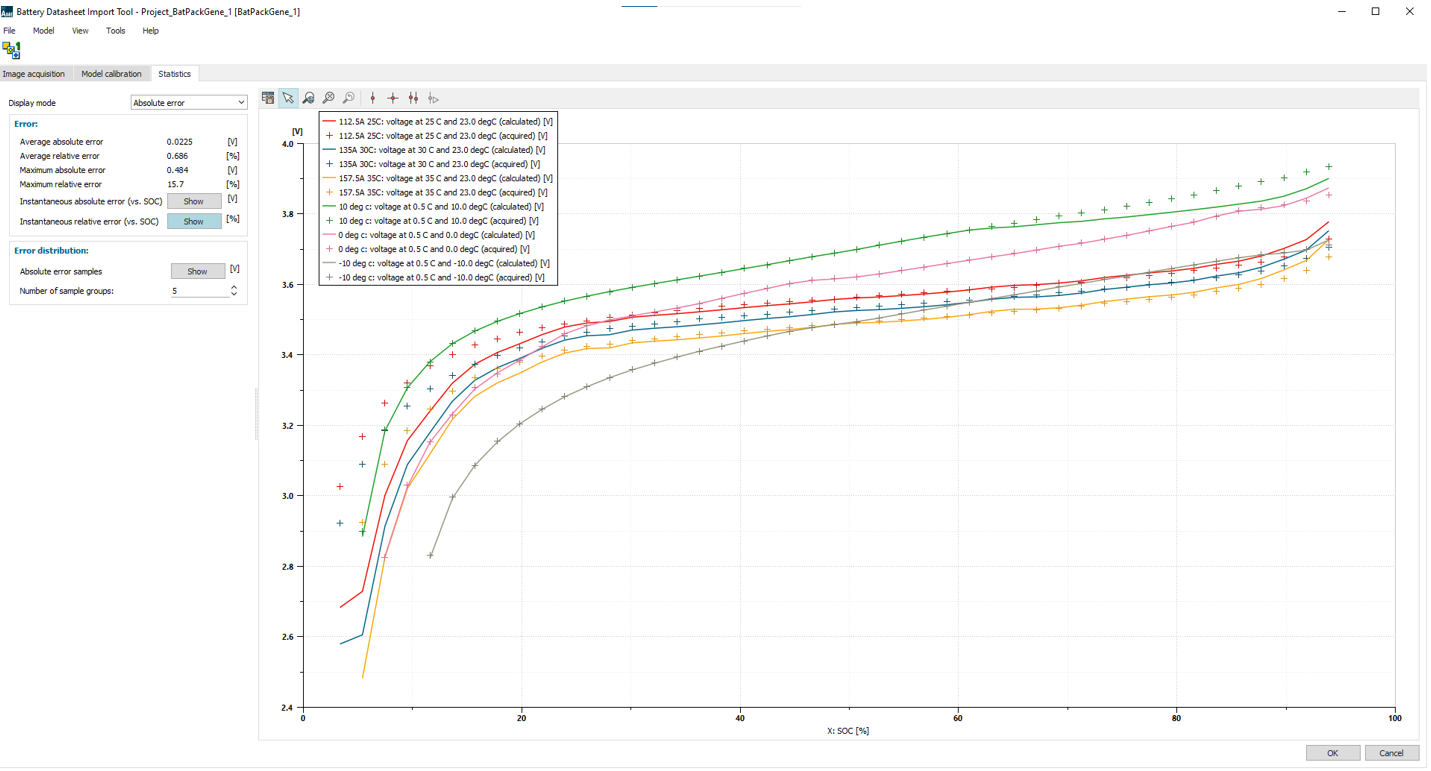 The battery pack on the race car consists of two parralel sets of 144 6 ah cells in series, clocking in at around 600 volts. This part of the model allows both to obtain a good heat rejection and generation estimate, and also serves as a good validation to the sizing of the battery pack and the power draw limits imposed.

Onto the main part of the simulation, the liquid cooling loops consists of a cold plate cooling two inverters, two motor cooling jackets, a radiator, a catch can, and a pump. 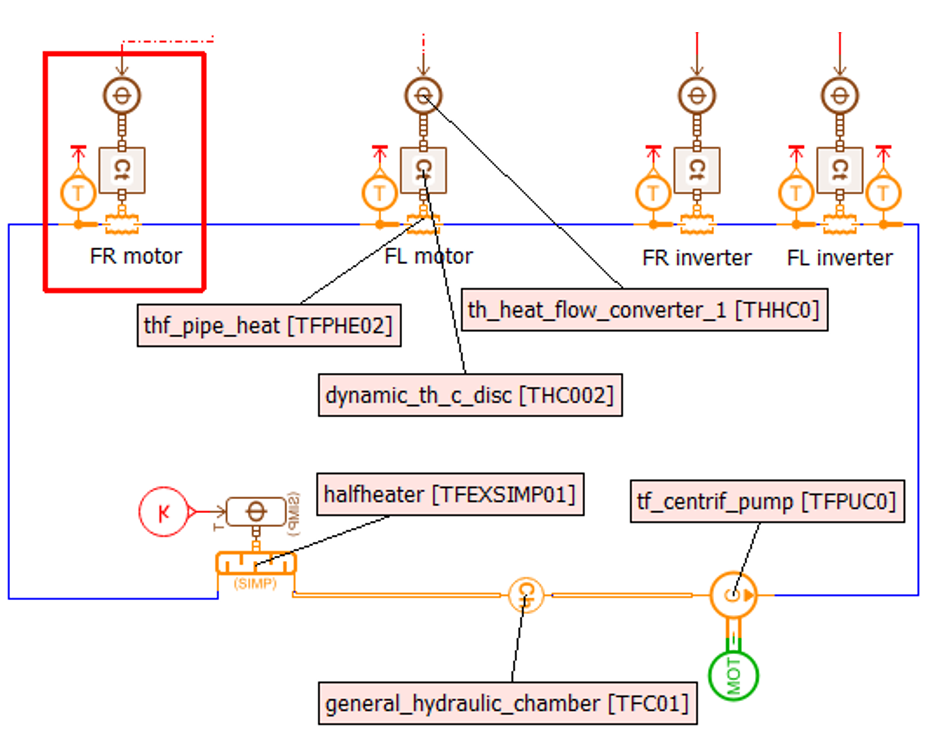 It is assumed that all the heat is rejected directly into the thermal mass of the different devices and components and subsequently absorbed by the coolant. This is modelled by the four blocks at the top consisting of a heat flow converter (from lap simulation data), a thermal mass block, and a heated pipe (left most block highlighted). The thermal mass block makes it possible to transiently model the heat transfer during the race and to monitor the average temperature of the components. The heated pipe blocks convert the geometric data of the cooling device into heat flow.

Pressure drop is also calculated from the geometric data. The mass flow rate is calculated by the software based on the total pressure drop and the given pump performance curve. 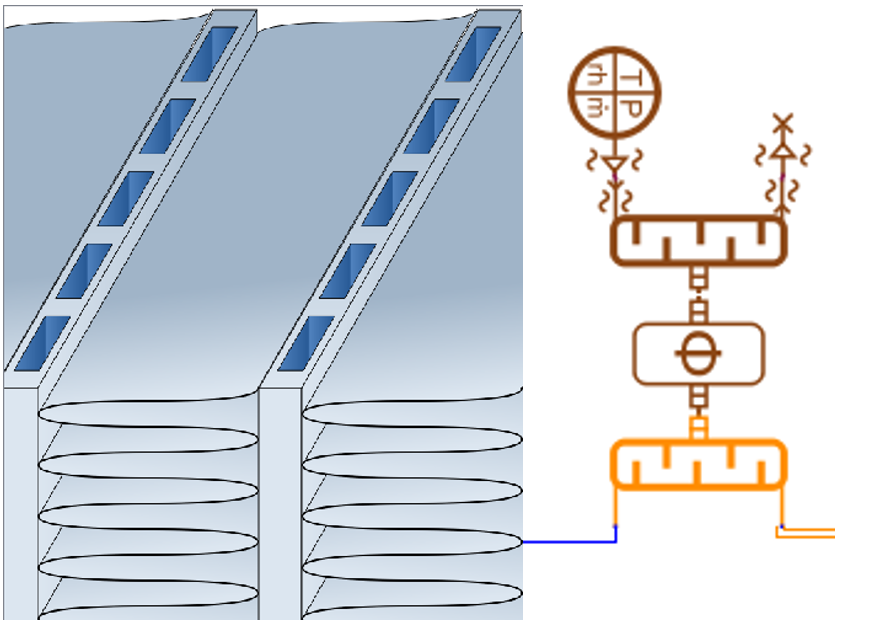 Results: Valid design that could use some improvements

The simulation was left to run for 15 laps of the simulated track or until the battery state of charge (SOC) reached 10%.

The lap simulation was run at a 40-kW cap on battery pack draw. We found that this made it possible for the car to complete the endurance race. The cooling capabilities were sufficient to maintain the average temperature of the pack under 36⁰C with ohmic resistance losses oscillating between 0 and 400 W, spiking as the battery pack approached 10% SOC.

The battery state of charge and voltage were also monitored. These showed that the battery pack can sustain the demands of endurance.

The first requirement to check for the cooling loop is that the target mass flow rate of 10L/min is hit by the pump. This is quickly validated. Coolant temperature is the next item that needs to be verified. 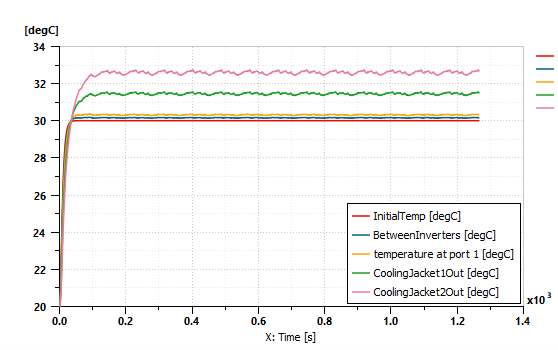 Figure 10:  Coolant Temperature at different points in the cooling loop

The temperature increase across the cooling devices is within the limit fixed by the manufacturer and in line with hand calculations. A similar plot was made to monitor the average temperatures of the inverter cold plate and the motors. 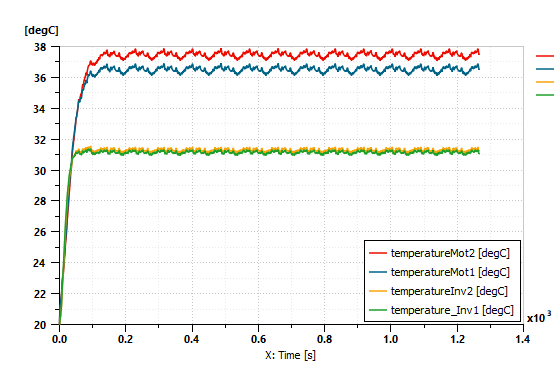 The maximum cold plate temperature requirement of 40⁰C cannot be validated with the current discretization of the domain, but with an average temperature slightly above 31⁰C, the system is operating in the correct range.

Lastly, it is interesting to quantify the average heat absorption for each cooling device from initial state to steady state. Subsequently, monitoring the heat rejection the radiator must achieve to maintain the outlet temperature at 30⁰C can give a good insight into the sizing of the radiator and what kind of performance it needs to achieve.

Figure 12: Heat flow through the components of the liquid cooling loop

With the cold plate dissipating around 200 W and the motor cooling jackets around 800 W each at steady state, the radiator must reject roughly 1800 W of heat from the coolant at steady state. The radiator/fan selection can then be achieved by taking this target heat rejection and the delta between inlet coolant temperature and ambient temperature.

Quick research showed that the radiator might not be up to par, and that the 30⁰C cold plate inlet requirement might be impossible to achieve, especially in hot conditions. This was also tested with the full heat exchanger block presented in figure 7.

The results indicate that the current radiators need a steep thermal gradient between the air and the coolant before reaching steady state. The temperatures therefore stabilize at higher values.

Figure 13: Heat transfer and coolant temperature at the inlet and outlet of the radiator

While this is not ideal, catching this is exactly the goal of this simulation. Possible solutions, such as increasing coolant and air mass flow rate, changing radiator or splitting the inverters and motors on two cooling loops can now easily be investigated with the model.

The purpose of this model was to validate that the current system was operating in the right ballpark. While accuracy is a concern, it can and will be improved.

The next post on our series will focus on using CFD simulation in Star-CCM+ to loosely couple CFD data to the Simcenter Amesim model and improve the model’s accuracy.

The simulation allows for a full initial characterization of the cooling system of the MFE car. It also serves as a mean to validate battery pack sizing and cell choice in the context of the endurance race.

Simcenter Amesim made setting this up effortless – a huge improvement from the commonly used spreadsheets and less-intuitive Simulink models. The simulation is now easy to iterate upon to further develop the design.

Contact a Maya HTT expert today to benefit from world-leading expertise in developing simulations such as these.

Frédéric is a third-year mechanical engineering student at McGill University. He has been a member of the MFE team for the past two years and is currently an engineering intern at Maya HTT. He has a keen interest in aerodynamics and cooling and works on CFD and system simulation projects.

This website or its third party tools use cookies, which are necessary to its functioning and required to achieve the purposes illustrated in the cookie policy. If you want to know more or withdraw your consent to all or some of the cookies, please refer to the cookie policy. By closing this banner, scrolling this page, clicking a link or continuing to browse otherwise, you agree to the use of cookies.I consentI refusePrivacy policy